Long before the Selmon Brothers, #OU Football had the Terrible Hotts. #rsrh

Brothers Sabert, Oliver and Willis Hott of Medford, OK were teammates in 1913. The 100th anniversary of that season is commemorated on the ticket for OU’s 2013 opening game against the U of Louisiana – Monroe. 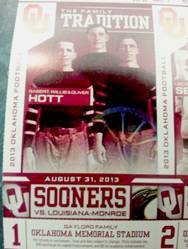 Sabert played from 1910-13. Family legend has it that he would remove his glass eye and let the opposing linemen have a look at its empty socket before every play. Willis and Oliver played 1913-16.

The three played for legendary coach Bennie Owen. The team photo below shows the undefeated 1915 squad. 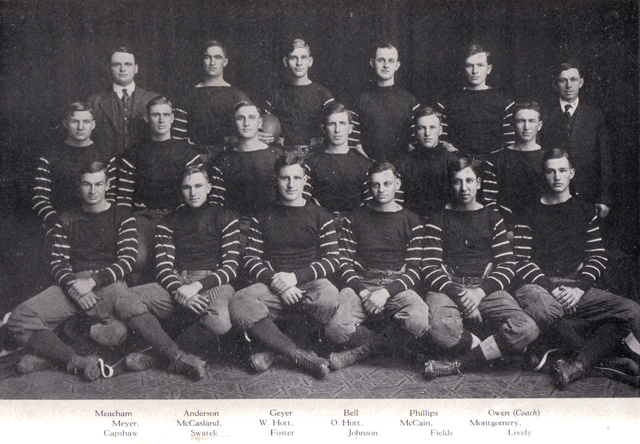