For My Good Buddy, Tim 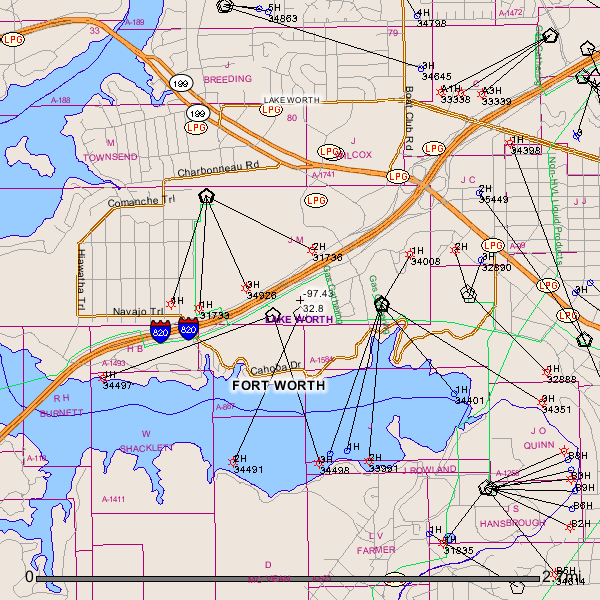 Oil and Gas Wells in the Vicinity of Lake Worth, TX

I thought at first you were posting the “burning water” scene from Gasland. (Now *that’s* propaganda.)

But instead it’s your attempt to debunk an educational video from the American Petroleum Institute which shows industry’s ability to drill multiple wells from a single site.

Somehow, you interpreted it to mean “No more wells!” How you concluded that is anybody’s guess — nowhere did API claim that wells are no longer needed, just that with modern techniques, it is possible to drill multiple wells with minimal impact on, for example, freeways, lakes and residential subdivisions.

In fact, the map above was paid for with your tax dollars. It is from the Railroad Commission of Texas, the statewide oil and gas regulatory body. The are may look familiar to you, as it is the same area that you used in your video, where you unmasked API’s “lie”, apparently because there are 3 wells near your neighborhood.

Now look at the map, in particular your three wells. The pentagon-shaped symbols on the map correspond with the wells’ surface locations. The black lines emanating from the symbols represent a well path. The “bottomhole location” of each well is represented by a symbol which tells you something about that well. Most of these are gas wells in the Newark, East (Barnett Shale) Field, which spans several counties in and around Ft. Worth.

Your three locations support 2, 3 and 4 producing wells, respectively — a total of 9 — which was precisely the point of the API video: new technology, smaller “footprints”. And they were talking about places like Ft. Worth, Tim. Directional and horizontal drilling technology has enabled development of gas in and near your freeways, lakes and residential subdivision.

The Newark, East (Barnett Shale) Field is the #2 gas producer in the nation (only recently displaced as #1). As a result, lots of homeowners in suburban Ft. Worth receive nice monthly royalty checks because of their ownership of the minerals under their property.

This entry was posted in Energy. Bookmark the permalink.

2 Responses to For My Good Buddy, Tim