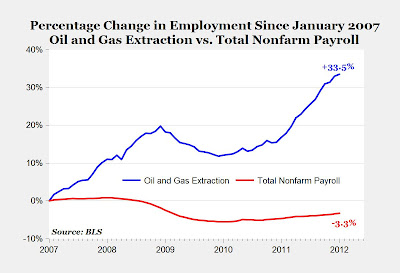 While the overall economy struggles to create jobs during another “jobless recovery,” it’s been a much rosier employment picture in one of America’s most successful “shovel-ready” job-creating industries: Oil and Gas Extraction.