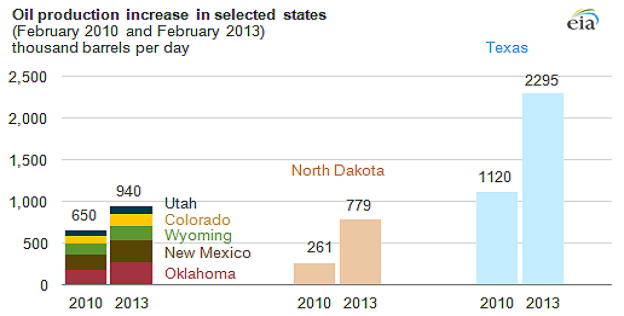 At a critical Friday meeting in Vienna, the Organization of the Petroleum Exporting Countries (OPEC) will set production policy. For the first time, they will be grappling with the challenges of shale oil, even none of the member states are major shale oil producers.

The shale boom began in the U.S. as a ripple in North Dakota and Texas. Some thought its impact would be limited and regional, not global. Now that uptick on our domestic production curve has triggered a tsunami with geopolitical implications.

That’s because the U.S. does not need 100% energy independence to get OPEC’s attention. Due to production but also conservation and a protracted recession, our need for imported oil has contracted from 60-70% of consumption to about 40%, headed south. As the world’s largest crude oil market, changes in our domestic supply picture must necessarily reshuffle the import mix. Remember how skeptics argued that the shale boom is “a mirage“? I have often maintained that domestic supply increments of 500,000 barrels per day can be significant in a worldwide 90 million bpd marketplace. We’re starting to see that play out, albeit in some surprising ways.

U.S. crude production has risen to a 21-year-high as a new combination of technologies has unlocked large resources of oil previously trapped in shale rock in North Dakota and Texas. In tandem, exports from three of OPEC’s African members: Nigeria, Algeria and Angola to the U.S. have fallen to their lowest level in decades, dropping 41% in 2012, according to the U.S. Department of Energy.

This disparity looks set to deepen power struggles that have dominated OPEC in recent years. Iran, Venezuela and Algeria, who need high oil prices to cover domestic spending and offset falling production, have regularly clashed with Gulf countries led by Saudi Arabia, who have the financial strength to withstand lower prices.

As it turns out, North Dakota oil is light and “sweet” – low in sulfur. Consequently, it displaces imports from places like Nigeria which produces a similar crude. Saudi Arabia’s incremental production tends to be heavier and “sour”, and so is still in demand in refineries in the Gulf Coast and elsewhere that had been reconfigured for a lower quality blend as domestic supplies of lighter crude dwindled.

Since oil revenue is the main pillar of GDP in all the OPEC member countries, the ones with eroding market share (hence eroding revenues) feel the pinch right away:

Saudi Arabia can tolerate lower prices, said Amrita Sen, chief oil analyst at London-based Energy Aspects Ltd. “There will be some members, like Venezuela, Iran who will struggle at $90,” she said.

Iran needs high prices to offset the loss of $26 billion of oil revenues last year from tough Western sanctions on its exports, according to estimates from the U.S. Energy Information Administration.

Algeria, which has been rattled by frequent riots over food and housing, needs an oil price of $121 a barrel to cover its planned domestic expenditure, according to the International Monetary Fund.

OPEC is not expected to start cutting production quotas, but with Nigeria expressing “grave concern” and one delegate from the Gulf States acknowledging “We are heading toward some problems,” the day of reckoning may not be far off.