Open Thou Mine Eyes #rsrh #DPRK

"North Korean soldiers with weapons attend military training in an undisclosed location in this picture released by the North’s official KCNA news agency in Pyongyang March 11, 2013. South Korea and U.S. forces are conducting large-scale military drills until the end of April, while the North is also gearing up for a massive state-wide military exercise. North Korea has accused the U.S. of using the military drills in South Korea as a launch pad for a nuclear war and has threatened to scrap the armistice with Washington that ended the 1950-53 Korean War."
REUTERS/KCNA 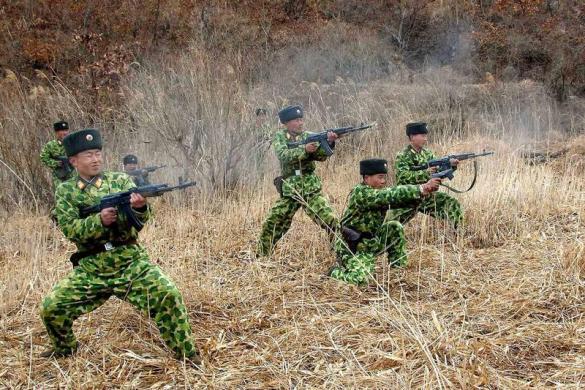