Oh, the Humanity! Wind Turbine Makes Like the Hindenburg 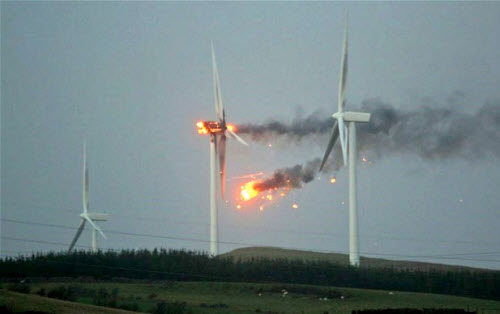 Gusts of up to 165mph were recorded in the Cairngorms in Aberdeenshire as gales brought travel chaos to Scotland and the North.

A 100-metre tall wind turbine burst into flames in North Ayrshire, and in Coldingham in the Scottish Borders, a turbine crashed to the ground yards from a road.

The £2 million turbine in North Ayrshire was not believed to have been spinning at the time. Fires can occur if extreme wind loosens or breaks electrical connections, whether turbines are rotating or not. 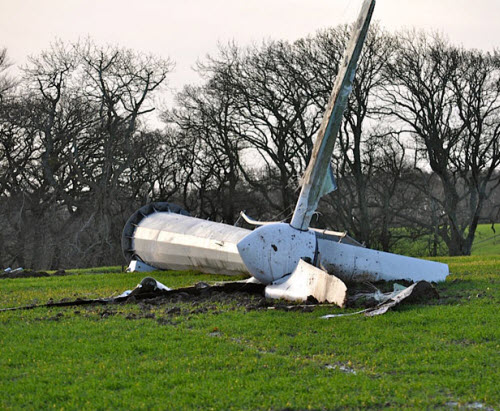 This entry was posted in Energy. Bookmark the permalink.